For years now there has been talk about eliminating the penny. People always say “you can’t buy anything anymore with a penny” or “pennies are more of a hassle than they are worth”. Has this same line of thinking now been extended to all change? And how does this attitude toward change effect the internet, specifically the value of online content and those who create it?

I recently just had lunch at one of my favorite lunch spots. A great little Mexican place with outstanding tacos and delicious chips with salsa. At the end of the lunch my bill came and it was $9.53.  I had some cash so I handed the waiter a twenty-dollar bill. Upon his return he handed me $10, to which I politely asked, “Where is the change?” The waiter chimed, “We have gone change free“. This restaurant now rounds up or down to the nearest dollar. Curious, I asked, “If my bill was $9.49 would you round down?”, the server responded “Yes we’d round down, but, if you pay that same bill with a credit card it would reflect exactly what was shown.”

What struck me immediately was, are customers ok with this? As a society do we not care about nickels and dimes anymore? The restaurant doesn’t seem to care about 5, 10, even 47 cents. I guess they believe that everything will even out in the end? This could be true but 47 cents of my $9 bill is a 5% discount.  That discount spread over hundreds or thousands of bills adds up. The restaurant is losing out on real money, though at an individual bill level it is only change. It reminds me of the classic cult movie Office Space or even Entrapment. Both movies plots revolve around skimming fractions of a penny of financial transactions. Which seems like nothing but when there are millions and millions of financial transactions, all of those fractions add up to lots of money. Ad networks work in a similar manner and this is the model through which digital media and most websites make money. Hundreds of thousands, even millions of page views charge ad networks pennies to display ads. 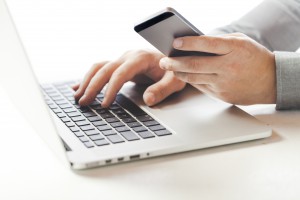 Understanding that society places little value on change, how does that impact a website’s approach to pricing online content? Could applying this same “skimming fractions” approach to online content translate into real money for publishers? If a publisher sells an article online for 25 cents, does that indicate to customers that content has little value? Or, conversely, does the consumer say, “25 cents is nothing, I’ll buy it because I’m interested.”? While a single sale of that article means nothing in the big picture, 100,000 purchases would translate to $25,000. Done successfully with 10 articles and now the total amount is $250,000. That small amount of money, generally found between the couch cushions, when multiplied over time can actually be a game changer.

Could society’s flippant attitudes toward change be an opportunity for publishers? Charging mere cents for online content could help spur on digital content sales. Setting a low price point also affords more passive readers, who might never buy a digital subscription, access to paid content. Perhaps the answer to some problems facing publishing can be answered by embracing a single word: change.

What is a paywall?

As the landscape of digital publishing shifts, various approaches to serving users with premium paid…

When iMoneza launched, we intentionally developed a very limited set of reports – while most…